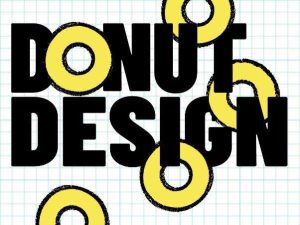 As Kate Raworth wrote in the opening of her book: “the most powerful tool in economics is not money, nor even algebra. It is a pencil. Because with a pencil you can redraw the world”.

And so, on the 28th of September, a bunch of creative designers, business owners and people who believe in social and economical change have met at Tolhuistuin with Amsterdam Donut Coalitie for a design jam. Adapting Kate’s Raworth donut economy as a concept and a compass for human prosperity.

One cannot help but notice that there are donuts on the tables as snacks and bagels for lunch, the donut shape was surely present not only in her concept of a green economy but even in the catering section. However, as Kate starts her presentation, she mentions that the donut she came up with, is healthy for you and the planet and that it isn’t sugary.

As we separated into groups of fours and with timed sessions, we were asked to do different assignments. One of them is a self-portrait in 2021, in which we were challenged to reflect on how we can change our current economy and its practices from being an extractive economy that is degenerative and divisive into a donut economy that is regenerative and distributive. We had to keep in mind considering: purpose, networks, governance, ownership, finance.

The 2nd challenge was a self-portrait in 2030, in which we were challenged to write down ideas that solve the problems and come up with creative solutions for our current economy.

Then, we wrote down how to start the positive change that the donut will implement in small steps. This was the part where we didn’t have to see the whole staircase at once, but rather take a step by step approach and introduce to people –and ourselves- how we can take baby steps towards a healthier economy, new system and a planet. It felt more real and achievable when we got to this stage of design and therefore, it was my favourite.

After that, each person on the table read what they wrote to each other and we picked the best practices and made a concept around them. Each group had to pitch its concept in 40 seconds to the rest of the attendees and Kate!

Everyone had really interesting approaches and methods on how to tackle the current problem of our current economy! It was a very thought-provoking exercise.

In the end, I would like to say a big thank you to Newest Art Organization that offered me the opportunity to attend this event! 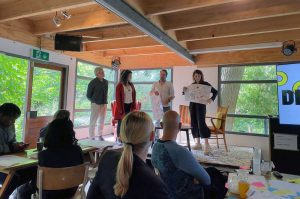 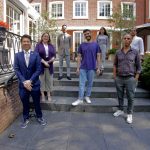 Art of Inclusion at U.S. EmbassyNews 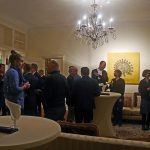