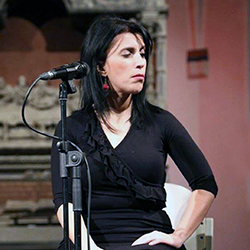 Born in northern Greece, Yota was influenced by traditional Greek music since her childhood, as nearly half of her family were street musicians. At boarding school she learned Byzantine music (ecclesiastical songs and hymns). She then studied Economics and Accounting at the TEI in Athens.

She studies flamenco dancing and singing since 2000, followed courses with famous maestros of flamenco dancing in Greece and (for 10 years) in Spain with the intention to further understand and deepen communication between singing-music and dance.

Recently based in Amsterdam, she now teaches flamenco singing and clapping, gives performances and organizes flamenco events. All around Europe but nowadays especially in Amsterdam. 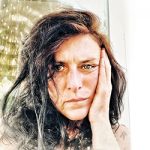 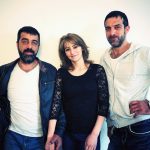